Priscilla Alden Kizer was born in 1909.1 She was the daughter of Egbert Alden Kizer and Anne L. Harrington.1

Walter Kleinefelter was born in 1898.1 He married Florence Louise Dana, daughter of Charles Henry Dana and May Louise Hill.1

Albert Key Klingender was born in 1865 in Lower Bebington, Cheshire, the birth was registered in the September quarter in the Wirral.1,2 He was the son of Melchior George Klingender and Frances Eugenia Key.1

Henry Key Klingender was born circa 1855 in Lancashire.1 He was the son of Melchior George Klingender and Frances Eugenia Key.1

Henry Sewall Key Klingender was christened on 20 September 1858 at St. Mary's, Liverpool, Lancashire.1 He was the son of Melchior George Klingender and Frances Eugenia Key.1

Melchior George Klingender was born circa 1823 in Waltham Abbey, Essex.1 He married Frances Eugenia Key, daughter of Philip Barton Key Jr. and Maria Laura Sewall, on 25 April 1854 in Thibodaux, La Fourche, Louisiana.2,3,4 Melchior's death was registered in the quarter ending March 1881 in the West Derby registration district.5
"On 17 April 1866 there was a suit in the Admiralty Court on behalf of he Government of the United States of America as plaintiffs to obtain possession of the vessel The Gibraltar otherwise Sumpter. This vessel had been purchased in the year 1861 by the then Government of the Confederate States of America, and having been armed and otherwise equipped, proceeded to sea and cruised in the West Indies and elsewhere and captured divers vessels belonging to subjects of the United States. In the month of January, 1862, she put into the port of Gibraltar, where she was sold to Melchior George Klingender, who subsequently employed her in running the blockade, in which service she continued until the close of the war, when, having put into Liverpool, she was arrested in this suit. No appearance had been entered of any person as owner to dispute the right of the plaintiffs, and the usual notices having been given, the Court was now moved to decree possession of her to the plaintiffs."

Ostensibly, Klingender was a Liverpool businessman who also acted as Fraser, Trenholm & Co’s advertising agent. He is also generally supposed to have been the paymaster for the crews of the Alabama. Klingender, however, was much more than a glorified clerk. In 1864 Charles Prioleau organized a Grand Bazaar in Liverpool to earn money for the Southern Prisoners’ Relief Fund. This was one of the most glamorous events ever held in Liverpool, and titled British ladies were patronesses. Mrs. Klingender was one of the ladies holding a stall, which is indicative of the Klingenders high ranking in the social scale. Ethel Seabrook Nepveux writing for the Confederate Historical Association of Belgium.6

Philip Key Klingender's birth was registered in the quarter ending September 1867 in the West Derby registration district; but born in Liverpool.1,2,3 He was the son of Melchior George Klingender and Frances Eugenia Key.1

F, b. 1911, d. circa 1992
Pedigree
Joyce Kneale was born in 1911 in Ballarat?1 She was the daughter of R.E. Kneale. Joyce Kneale married Huntly Gordon Walker, son of Arthur Walker and Elizabeth Georgiana Gordon.1 Joyce Kneale died circa 1992 in Victoria.1

William Kneeland was born on 11 August 1778 in Boston, Massachusetts.2 He was the son of Bartholomew Kneeland and Susanna Sewall.1 William Kneeland died on 17 August 1809 in Jamaica, West Indies, at the age of 31 of consumption.3 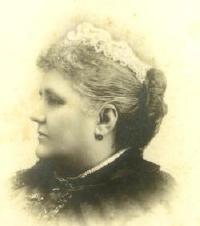 M, b. 15 November 1820
Pedigree
Morris Thomas Knevitt. Revenue Officer of Victoria, Australia.2,3 He was born on 15 November 1820 in Chatham, Kent.4,5 He was the son of Lt. Thomas Lepard Knevitt.6 Morris Thomas Knevitt was baptised on 28 November 1820 at Clover Street, Ebenezer Chapel, Chatham.5 He was christened on 13 July 1828 at St. Luke's, Finsbury, London.4 He married Mary Anne Kendal, daughter of John Kendal, on 21 March 1842 in Christ Church, Hoxton, London.6 In 1863 he became insolvent. The causes were given as losses sustained by attempting to keep a boardinghouse. His liabilities were £246 9s, his assets £60 leaving a deficiency of £186 9s.7

Carrie Knight was born in 1863 in Maine.1,2 She was the daughter of James Monroe Knight and Emeline Eliza Sewall.1 Carrie Knight died in 19562 and is buried in Evergreen Cemetery, Wiscasset, Maine.2

Charles Knight was born on 16 March 1854 in Wiscasset, Maine. He was the son of James Monroe Knight and Emeline Eliza Sewall.1 Charles Knight died on 2 March 1951 in Bath, Maine, at the age of 96.
Charles Egbert Knight died March 2, 1951, in Bath.
The son of James M. and Emeline Sewall Knight, he was born in Wiscasset March 16, 1854, and attended schools there. At college he was a fine pitcher and was on the varsity baseball team for four years. After graduation he was employed for a time as assistant in the office of the Lincoln County Clerk of Courts, was admitted to the Maine Bar in 1879, and opened a law office in Wiscasset. For 27 years he served as a trial justice. In 1882 he joined his father as a partner in continuing a grain and grocery business established in 1846. For 68 years he was a member of the Wiscasset Fire Society, founded in 1801, and was for many years a member of Lincoln Lodge, AF and AM. In 1938 he was elected to the Wiscasset board of selectmen and served six years. Survivors include a sister, Miss Carrie S. Knight; a son, James M; and a grandson, James M. jr., all of Wiscasset. He was a member of the famous class of 1877, which included such notable figures as William T. Cobb, George T. Little, and Robert E. Peary, and at the time of his death he was the second oldest living graduate of the College. Bowdoin Alumni Magazine.