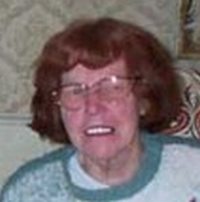 Alice Mandy Lundy was born on 5 May 1844 in Québec. She was the daughter of Rev. Dr. Francis James Lundy D.C.L. and Henrietta Eliza Sewell.2 Alice's death was registered in September 1858 in the Bromley registration district. She died whilst at Miss Rose's school in Richmond and whilst her father was crossing the Atlantic to be with her.3,1

Charlotte Eliza Lundy was also known as "Chatty".2 She was born on 11 May 1839 in Québec.3 She was the daughter of Rev. Dr. Francis James Lundy D.C.L. and Henrietta Eliza Sewell.1 Charlotte Eliza Lundy was baptised on 2 July 1839 at Chapel of the Holy Trinity, Québec, by E.W. Sewell.3 She married Canon George William Geddes Grout M.A., son of Rev. George Robert Fielde Grout and Elizabeth Walker, on 26 November 1863 in Grimsby Twp., Lincoln County, Ontario.2,4 Charlotte Eliza Lundy died on 4 April 1911 in Kingston, Frontenac, Ontario, at the age of 71 of cancer of the bowel.5

Eliza Mary Lundy was born on 5 November 1847 in Ontario.1 She died on 6 November 1847 in Niagra-on-the-Lake, Lincoln County, Ontario.2 She was the daughter of Rev. Dr. Francis James Lundy D.C.L. and Henrietta Eliza Sewell.3

Rev. Dr. Francis James Lundy D.C.L. was born on 22 August 1814 in Lund, Yorkshire.1 He was the son of Rev. Francis Lundy M.A. and Agnes Elizabeth Rudd.2 Rev. Dr. Francis James Lundy D.C.L. was christened on 24 August 1814 at Lund near Beverley, Yorkshire.3 He matriculated on 16 May 1833 from University College, Oxford. He married firstly Henrietta Eliza Sewell, daughter of Chief Justice Jonathan/3 Sewell and Henrietta Smith, on 11 May 1837 in Chapel of the Holy Trinity, Québec, the service being conducted by the Rev. E. W. Sewell. in the notice of marriage the groom is described as being of University College, Oxford. In the copy of the registration of the marriage he is described as Head Master of the Classical School at Quebec.4,5,6 He was a rector between 1849 and 1867 at the Anglican Church, Grimsby, Lincoln County, Ontario. Rev. Dr. Francis James Lundy D.C.L. married secondly Louisa Tench, daughter of Capt. Humphrey John Tench and Maria Frances Carruthers, on 4 October 1849 in St. John's Church, Stamford, Ontario, the service being conducted by Rev. W. Leeming. The Rev. Lundy is described in the notice of the wedding as being Rector of Grimsby.1,7 Rev. Dr. Francis James Lundy D.C.L. died on 6 April 1868 in Chambers Street, Newburgh-on-the-Hudson, New York, at the age of 53.8 He was buried on 11 April 1868 in St. George's Cemetery, Newburgh.1
Soon after taking orders, he emigrated to Canada (in 1836), where he taught for several years in high-schools and in the Provincial University. He attained a high reputation there. In 1865 he removed to the United States, and engaged in teaching the classics. After a time he became rector of an Episcopal Church at Elizabeth, New Jersey, and subsequently of one at Newburgh.
He was Provincial Grand Chaplain of Upper Canada and Master of the Union Lodge, Grimsby. He is listed as Grand Prelate of the Knights Templar.

Francis Lawrence Lundy was also known as "Lawry" or "Laurie".2,3 He was born on 23 January 1841 in Québec.4 He was the son of Rev. Dr. Francis James Lundy D.C.L. and Henrietta Eliza Sewell.1 Francis Lawrence Lundy was baptised on 25 January 1841 at Québec privately by his father and was received into the Church later that year by E.W. Sewell.4 He married Catherine Thompson Nesbitt on 11 October 1871 in Morristown, New Jersey.5 In December 1877 he gave his date of birth for his US passport application as 23 January 1838.6 Francis Lawrence Lundy died on 22 February 1880 at 777 Eighth Avenue, New York, New York, at the age of 39.2 He was buried in Mendham, Morristown.
Obituary.
FRANCIS L. LUNDY, Journalist.
Francis Lawrence Lundy, for the last 10 years one of the familiar figures of journalism in New-Jersey, and for some time past a member of tho City staff of The Times, died at 7 o'clock yesterday morning at his residence, No. 777 Eighth Avenue, of pneumonia complicated with paralysis of the heart. An afternoon of severe exposure on Staten Island on Tuesday last, combined with a sudden shock to the nervous system on his way home, brought on an attack of congestion, which passed into a pneumonia so severe that his physician had from the first little hope that he would ever rally.
Mr. Lundy was 38 years of age, and a native of Quebec, and was descended from the Lundys of Yorkshire, England. His father, Rev. James Lundy, D.C.L., was a prominent Episcopal clergyman, and resided for a short time in this City. Subsequently called to the rectorship of a parish at Newbury. N.Y., it was amid the fine scenery of the Hudson that young Lundy obtained his first impressions of the United States. Mr. Lundy entered Bradfield College, (England) in 1850, but retired in 1853, his health having given way from overwork. The predisposition to literary studies showed itself at an early age, and long before he entered upon the active life of a journalist he had became favorably known in the literature of fiction and belles-lettres as a contributor to Harpers' and Frank Leslie's publications and drifted into journalism by degrees, and the year 1870 found Mr. Lundy on the staff of the Newark (N. J.) Advertiser where he served for several years, and was finally sent to Trenton as correspondent during the session of the New-Jersey Legislature.
An ardent Republican, an energetic news gatherer, and a ready writer, his ability made itself felt in this capacity, and he became such an acknowledged authority on, and influence in, New-Jersey politics, that his services were sought by the New-York Tribune as Trenton correspondent. In 1869 or thereabout Mr. Lundy become a resident of Morristown, where, five years later, tho dream of his life came to pass, and he became the editor and proprietor of a Republican newspaper, the Morristown Republican, which wielded considerable influence in the politics of the State. In 1877 Mr. Lundy disposed of his interest in the paper, and in July last he removed to New-York.
In 1871 he married Miss Catherine Nesbitt, of Mendon, near Morristown. His mother still survives, and he has a sister living in this City. Among his professional associates Mr. Lundy was known as a cental and generous companion, a rapid and accurate observer of current events, and a clever and capable writer; energetic, scrupulously faithful to his engagements, and of sterling integrity. Owing to recent bereavements he had perhaps less power, possibly less wish to react against disease Tho remains of tho dead journalist will be removed to Morristown on Tuesday morning. The funeral services will take place at St. Peter's Church, (Episcopal) Morristown, at 10 A.M. The body will be interred in the village graveyard at Mendham - the home of his wife's family. The New York Times, February 23, 1879.5

Jason Landen Lunt was born on 27 October 1810 in Arundel, Maine.1 He married Jane Sewall Durrell, daughter of Eliphalet Durrell and Jane Merrill, on 30 August 1845 in Astoria, Illinois.1 Jason Landen Lunt died on 24 June 1892 in Jacksonville, Illinois, at the age of 81.1