F, b. 1881
Pedigree
Dorothy Quincy was born in 1881.1 She was the daughter of Charles Frederick Quincy and Etta Molineaux Ives.1

M, b. 1602, d. circa 1639
Pedigree
Edmund Quincy was born in 1602 in Thorpe Achurch, Northamptonshire.2 He was the son of Edmund Quincy and Anne Palmer.3 Edmund Quincy was baptised on 30 May 1602 at Lilford, Northamptonshire.4,5 He married Judith Pares on 14 July 1623 in Lilford, Northamptonshire.6,3,5 In 1628 Sprague states that there is no evidence that he first went went to Massachusetts and returned to England in order to sail again with his family in 1633 as recorded in the Register.7,8 Edmund Quincy and Judith Pares emmigrated on 4 September 1633 to Boston with their two children on the Griffin, a ship of some 300 tons taking about eight weeks from the Downs with about 200 people. They came with three famous clergymen - John Cotton, Thomas Hooker and Samuel Stone.9 Edmund Quincy died circa 1639 in Mount Wollaston, Braintree, the date of the death of Edmund Quincy, given in most secondary sources as 1635, is somewhat of a mystery. He was certainly alive on 9 January 1636/7, when he was explicitly stated by the Boston selectmen to be one of five men who had on that day laid out a farm at Braintree. On 9 April 1639, in a sale of land by William Coddington to William Tyng, "Judith Quinsey" is given as one of the abutters; this would normally indicate that Edmund Quincy had died and his widow was now the owner of the land. But on 13 January 1639/40 "Edmund Quinsey" witnessed a deed; Edmund Quincy, the son of the immigrant, would not yet be twelve years old on this date, and so this witness must be the immigrant. Finally, in the transfer of another parcel of land at Braintree by Edward Hutchinson, son of William Hutchinson, to William Tyng, "Edmund Quinsey" was given as an abutter; this document was not dated, but appears among other items of April 1641.
The last of these items may be dismissed, as the date is not certain, and a deed will frequently name abutters who are long deceased. The difficulty arises with the records of 9 April 1639 and 13 January 1639/40, which if taken at face value cannot be reconciled. It should not have been possible for Judith Quincy to appear by error as abutter on 9 April 1639 if her husband were still alive, so the assumption made here is that one of these two documents has been misdated, but that the death of Edmund Quincy must have taken place at about this time.9,10

M, b. 1 October 1733, d. 30 March 1768
Pedigree
Edmund Quincy. "an eminent merchant in Boston". He was born on 1 October 1733 in Braintree, Massachusetts.1,2 He was the son of Josiah /1 Quincy and Hannah Sturgis. Edmund Quincy graduated in 1752 from Harvard. The marriage intention of Edmund Quincy and Rebecca Lloyd was published on 3 November 1767 in Boston.3 Edmund Quincy died on 30 March 1768 in the Bermudas at the age of 34 whither he had gone on account of his health.4 The will of Edmund Quincy 3rd of Boston, merchant, Mar. 3, 1768 - Jun. 17, 1768: To father if living a gold ring & one to mother. To friend Miss Rebecca Lloyd, dau. of John Lloyd of Stamford my chased gold watch & all my plate & one suit of best brown paduroy clothes out of the goods in my store. To son Benjamin now living in Roxbury under the care of John White £20 annually till age of 25 yrs. To Elizabeth & Nancy Quincy my sisters in law each a gold ring and suit of mourning. To friends Oliver Wendall & Dr. Benjamin Church Jr. a gold ring. Rest to brothers Samuel & Josiah Jr. & sister Hannah Lincoln wife of Dr. Bela Lincoln equally, & brothers & friend Oliver Wendall executors. Wit: Joseph Brackett, John Bean, Oliver Wendall.
Inventory - Shop goods & 49/100 parts of ye ship Pratt & 1/2 part of house, utensils & appurtenances for the "spennaceti" manufacture in the care of Mr. Samuel Hawes. Total £4021/6/3 3/4.5 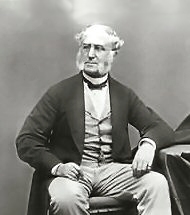 M, b. 21 October 1681, d. 23 February 1737/38
Pedigree
Edmund "The Subscriber" Quincy was born on 21 October 1681 in Braintree, Massachusetts, (otherwise recorded as 14 October.)1,2,3 He was the son of Colonel Edmund Eliot Quincy and Elizabeth Gookin.1 Edmund "The Subscriber" Quincy graduated in 1699 from Harvard.1 He married Dorothy Flynt, daughter of Rev. Josiah Flynt and Esther Willet, on 20 November 1701.1,4 Was judge of the Supreme Court of the province and agent at the court of Great Britain. Edmund "The Subscriber" Quincy died on 23 February 1737/38 in London at the age of 56 of smallpox taken by inoculation. He had been sent there by Massachusetts as their agent in disputed boundary claims with New Hampshire.1
He was buried in Bunhill Fields, London, where a monument was erected to him at the instance and charge of the Province.5

Children of Edmund "The Subscriber" Quincy and Dorothy Flynt

M, b. 1627/28, d. 7 January 1697/98
Pedigree
Colonel Edmund Eliot Quincy was born in 1627/28 in Achurch, Northamptonshire.2 He was the son of Edmund Quincy and Judith Pares. Colonel Edmund Eliot Quincy was baptised on 16 March 1628. The parish record is annotated "baptised els where not in our parish church."3,4,5 He married firstly Joanna Hoar, daughter of Charles Hoar and Joanna Hincksman, on 26 July 1648 at Braintree.6,7 Colonel Edmund Eliot Quincy was appointed at Braintree, Massachusetts, magistrate and a representative of his town at the General Court, also Lt. Colonel of the Suffolk Regiment. In 1689 he was appointed one of the Committee of Safety, which formed the provisional government of the colony until the arrival of the new charter from William and Mary. He married secondly Elizabeth Gookin, daughter of Daniel Gookin and Mary Dolling, on 8 December 1680 at Braintree, Massachusetts.8,9 Colonel Edmund Eliot Quincy made a will on 11 December 1697 at Braintree [Proved] Mar. 31, 1698 "To wife & only surviving son Edmund all lands in Braintree except one tract of 40 a. adjoining land of Samuel Sewall Esq. & for the maintenance of my dau. Mary till marriage & if Edmund die without issue to my grandson John Quincy & his heirs male forever. To grandson John Quincy £200 half now & half at a. 21 but if he come to possess the lands by death of Edmund he is to pay the £200 in 7 parts to my 7 children and neither Edmund's heirs nor heirs of dau. Judith Reyner to be accounted of the number.
To dau. Ruth Hunt 40 a. adjoining Samuel Sewall Esq. in Braintree. To youngest dau. Mary £105 in money & goods. To grandson John at 21 my negro boy Peter. To the church of Braintree one piece of silver plate of value of 45 shillings. Rest to wife Elizabeth and son Edmund equally and they executors. Friends William Stoughton of Dorchester, Esq. & Samuel Sewall of Boston, Esq., & Rev. Samuel Torrey at Weymouth to advise and assist them. I empower my executors to sell More's Farme for payment of said £200 (if I do not sell it before my decease).
Wit: Samuel Penniman, Nathaniel Wales, Roger Billings, Samuel French."
Inventory of Col. Edmund Quincy, Mar. 15, 1697/8: To armour & the furniture of his horse £12/4/. To plate £50. To 1 negro man, and woman and 3 boys £100. To housing out housing & farme that he lived on £1400. To Moore's Farme & housing upon it £200. To 40 a. near Maj. Hunt's saw mill £20. To 30 a. adjoining Moore's Farm £15. Total £2073/12/- taken by Samuel Penniman, Nathaniel Wales.10

He died on 7 January 1697/98 in Braintree "between 7 and 8 [at] night."11 He was buried on 12 January 1698; his grave being marked by two granite stones, in which his name and arms, engraved on lead, were inserted. In 1775 the lead was taken and run into bullets to use against the British, and the monument would have remained unknown, but President John Adams remembered the inscription, and in 1820 it was restored, engraved on a marble slab placed between the stones.12

F, b. 8 October 1812
Pedigree
Eliza Quincy was born on 8 October 1812 in Portland, Maine.2 She was the daughter of Horatio Gates Quincy and Polly Pettis.1